An Injection of Liquidity

In previous articles, we have alluded to capital allocated to private markets being ‘sticky money’. This reflects the bigger commitment from private equity, venture capital, and growth-equity investors to harness the enterprise's value creation over the medium term. Consequently, these segments of the investment universe are rarely the target of short-term speculators or ‘buy-the-dip’ investors, which is reflected in the lower inherent volatility.

Nevertheless, it is a matter of reassurance to investors that, should they encounter unanticipated difficulties, there is a decent prospect of liquidating their position at a price that reflects the underlying fundamentals and outlook. However, as we will go on to discuss in the final section of this article, the notion that publicly listed assets are truly liquid in times of crisis is a complete myth, and investors do not even earn an illiquidity premium for absorbing this risk.

Secondary positions are more attractive than you may imagine

“There is no reason at all that you can’t make the same return from secondaries that, historically, have been achieved from primary investments.”

Private market deals are typically organized as limited partnerships, to which investors, who effectively assume the status of Limited Partners or LPs, commit capital over the course of a fundraising process over a medium-to-long-term time horizon. The aggregated capital commitments are managed by a General Partner (“GP”) who is responsible for managing the affairs of the fund. A typical private-market transaction has an initial duration of 10-12 years. By design, private-market deals do not offer redemption should an LP need, or wish, to make an abrupt exit prematurely. As such, there is no other exit strategy, beyond selling via the secondary market.

This is by no means a catastrophe, because, in the last two decades, a robust and vibrant secondary market has developed, which allows investors to sell their private-market investment positions. However, this transfer process typically requires the consent of the General Partner. The pricing of secondaries is based on the reported valuations that are typically published on a quarterly basis. Today, after a decade of strong volume growth in the private equity secondary market, there is a wide range of liquidity options and solutions available for private equity investors, but many lack the OTC (over-the-counter) transparency associated with publicly traded securities.

The root of the private secondaries market dates back to the 1980s, when a handful of firms started selectively purchasing private equity interests It took the market two decades to develop from niche status – characterized by scarce liquidity, few buyers, distressed sellers, and significant discounts to net asset value (NAV) – to a functional and active marketplace. But, even now, it is some distance from the fully functioning and highly liquid exchange that many investors require before making a capital commitment.

As investors continue to direct capital flows into the likes of the venture capital arena, the availability of growth capital has allowed companies to remain private for longer, focus on expansion, and put initial public offering (IPO) prospects off until significant scale has been reached.

In 2021, the average company that went public was 12 years old and generated $200 million in annual revenue, compared to only 6 years old and $30 million in revenue in 19891. Even accounting for inflation, this still represents a threefold increase in the annual revenue base. Companies are waiting to grow 3-6x larger than their predecessors before going public. This is obviously a tangible enticement for private-market investors, and improving secondary liquidity can only make such an offering more compelling.

At this stage, it is well worth pointing out that Stableton operates a dedicated and proprietary liquidity desk. This is made possible due to investments being offered through a bankable product, a certificate with an ISIN. Investors can place bid and offer prices on the Marketplace and once matched, Stableton facilities the transaction. The transfer of ownership is every bit as simple as any over-the-counter (OTC) transaction. This contrasts sharply with a conventional Limited Partnership holding that, based on a so-called Limited Partnership Agreement (LPA), which we have already noted could conceivably involve the General Partner’s consent to transfer.

This constitutes a much-needed additional injection of liquidity to a market that is seeking to broaden its appeal to serve the interests of investors who are searching for diversification for their portfolios and looking to enhance risk-adjusted efficiency.

Short-selling and the public-markets liquidity myth

“When you look carefully at the economics of shorting, it makes no sense to take the bet. The lowest price a company’s stock can go to is zero, but there’s an unlimited upside!”

At first glance, the above statement appears to be an unequivocal pronouncement of logic. After all, every ‘buy and hold’ investor understands that the maximum loss of a long-only equity position equals 100%, and the upside is infinitesimal.

However, let us, just for a minute, consider the role of a ‘naked’ short investor who speculatively sells a stock that they don’t own and have no arrangements in place to borrow stock to sell before they lose not only their shirt but the rest of the wardrobe, the house and the Ferrari on the drive.

The Wall Street Journal has coined the term ‘the cruel math of big losses’ to describe the impact of bear markets on investors. If a stock or an equity index falls by 80% after you have invested, it needs to recover by 400% in order for your investment to return to parity. Grim stuff indeed!

But if you are on the wrong side of a naked short trade, your losses magnify by every single basis point. Furthermore, if you hold several positions in a ‘short book’, as a manager of an equity long/short hedge fund is likely to do, a losing short position becomes a progressively bigger component of the short portfolio – the opposite scenario to a losing long position.

As Prabai correctly points out, the maximum realistic return from a short trade is around 2-1, but the maximum fallout could easily be 1000-1. Consequently, ‘covered’ (the less risky form of) short-selling is typically only utilized now as a method of neutralizing net equity exposures…unless the wolves scent blood, as they did in 2008. 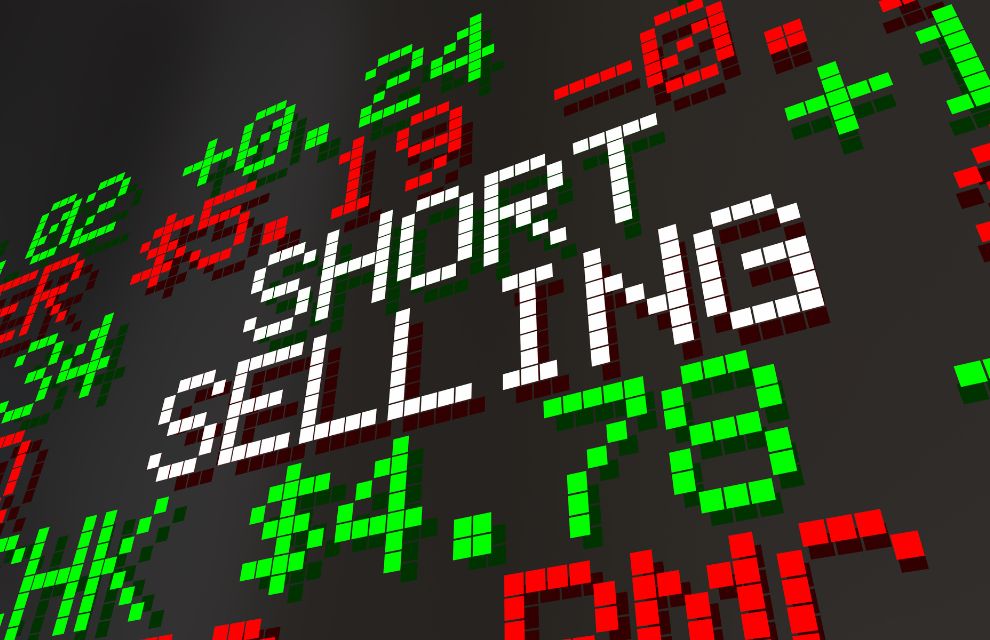 The important point, regardless of whether you consider short-selling to be a scandalous activity or one that aids efficient price discovery, is that, in putting downward pressure on prices, short sellers can effectively suck liquidity out of the market by catalyzing panic selling among other investors.

In 2008, intermittent short-selling bans were introduced across many geographical jurisdictions. However, these proved largely ineffective because, by the time that market conditions were so treacherous the authorities felt compelled to act, the rot had set in. Investors continued to head for the exits, bid/ask spreads widened dramatically, and executing a sell order at an on-screen price proved impossible.

Hardly, the definition of a liquid market!

If a perceived lack of liquidity is preventing you from allocating (more) capital to private-market investments, such as growth equity, perhaps you should reconsider.

Firstly, it is important to remember that publicly-listed securities are always liquid, except when you most need that liquidity. By way of contrast, private markets are not as liquid as (e.g.) traditional stocks in buoyant market conditions, but they typically do not become less liquid when stock markets are in turmoil because of the significantly lower inherent volatility. Furthermore, private-market investors earn an illiquidity premium which can become more valuable during bearish trading conditions.

In addition, the secondary market for private investments has existed since the 1980s and is becoming progressively more vibrant with the passage of time.

Finally, Stableton offers a unique, secondary-liquidity service for buyers and sellers via its proprietary liquidity desk. The service can be summarized as follows:

The Elusive Concept of Diversification

How "The Everything Bubble" has changed the rules of the game

How to Reach Us